This fall Myriad participated in eleven National Ovarian Cancer Coalition Walks to Break the Silence on Ovarian Cancer with just one more walk to go in San Antonio, Texas this November.  Between team building, fundraising, information giving, walking and just plain having fun, Myriad was able to raise awareness about both hereditary breast and ovarian cancer syndrome and Lynch syndrome to an audience of over 17,000 ovarian cancer survivors, family members and friends. 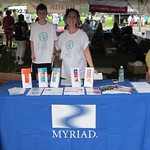 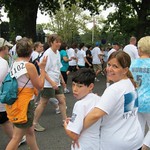 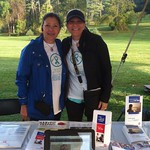 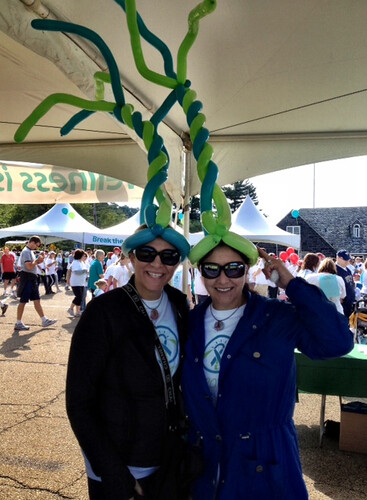 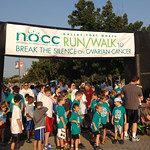 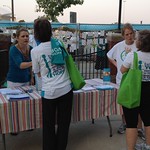 The mission of the NOCC is to raise awareness and promote education about ovarian cancer. The Coalition is committed to improving the survival rate and quality of life for women with ovarian cancer.

The NOCC’s Run/Walk to Break the Silence on Ovarian Cancer™ is held in communities across the country. These events increase awareness, honor those affected by ovarian cancer and raise funds to support the NOCC’s nationwide and local programs and services. https://www.ovarian.org/

To date, the Team Myriad race captains along with their team members have raised over $11,000 to help the National Ovarian Cancer Coalition in their mission to raise awareness and promote education about ovarian cancer. 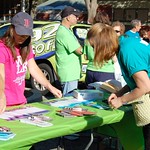 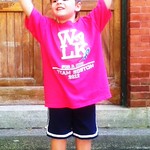 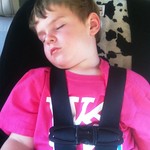 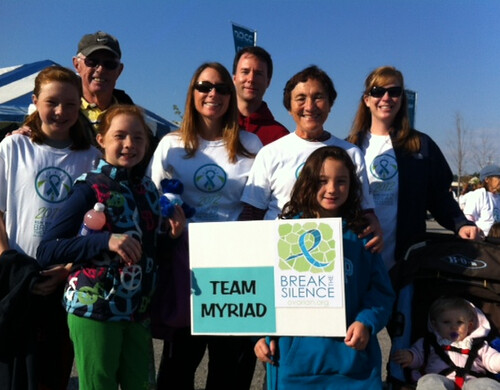 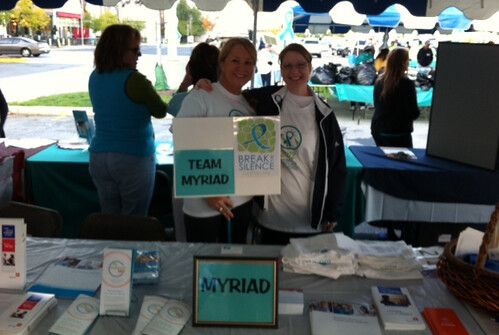 Many team captains have voiced their appreciation for the NOCC events Myriad has sponsored. One team captain shares her thoughts,  “We educated a lot of people on the morning of the walk.  We found that people were receptive, had questions, and were interested in understanding their family history and knowing more about genetic testing.  Many vowed to talk to their healthcare professional and/or to the friend or family member that is the cause of their greatest concern.  People who stopped by were sending friends and relatives over to the booth. Even people manning their own tables around us were sending attendees over to us.

At the close of the walk, all I could think of was:  If we reached 65 people that morning, and they tell their friends, relatives, and – the ripple of knowledge created in the pond of Pittsburgh has grown.  Isn’t that what it’s all about? 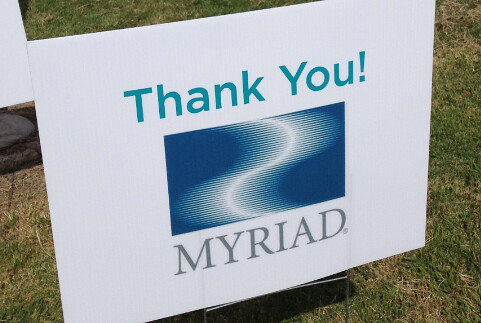